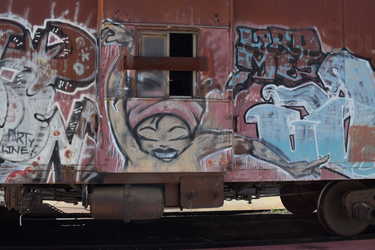 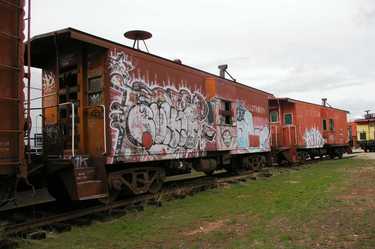 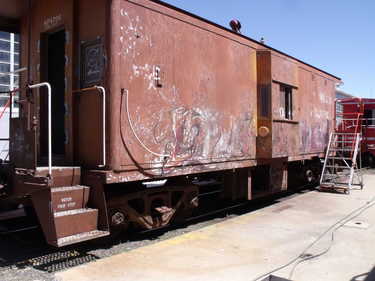 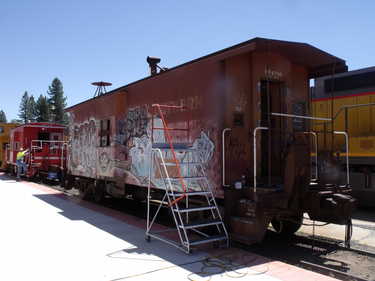 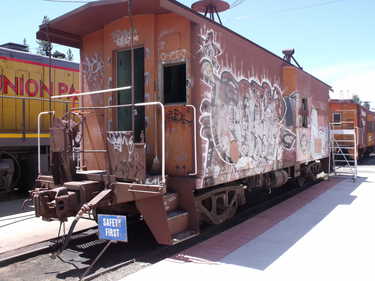 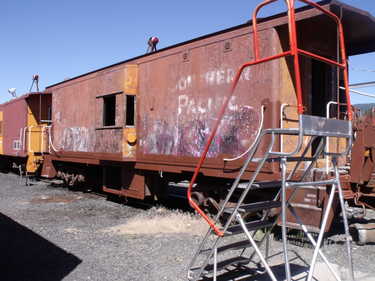 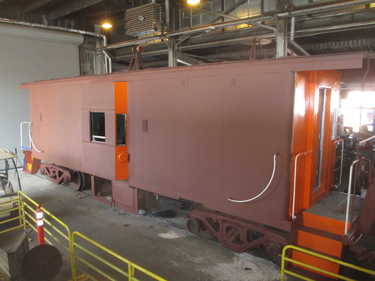 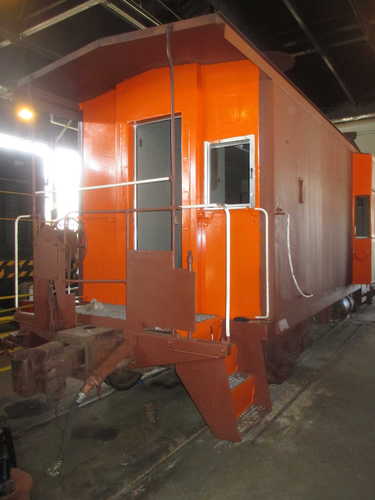 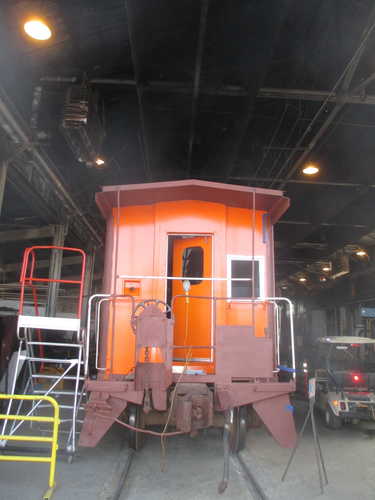 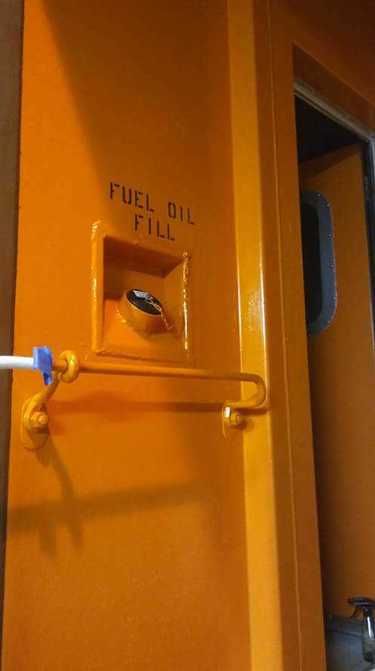 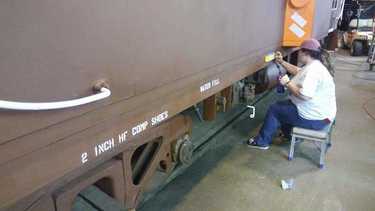 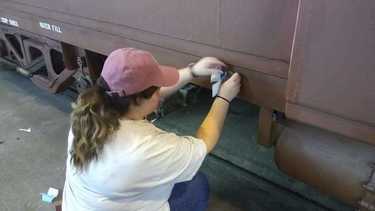 Ali putting the build date on 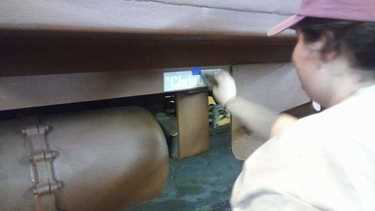 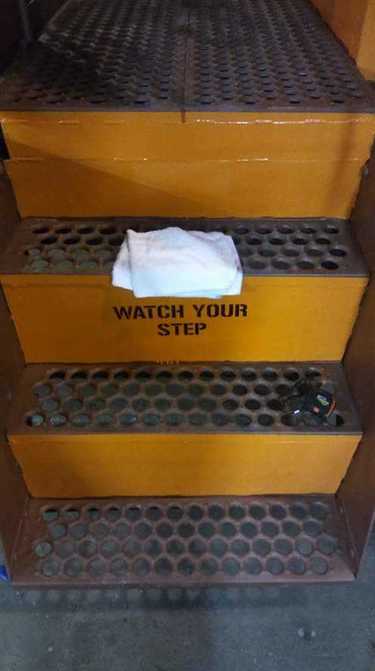 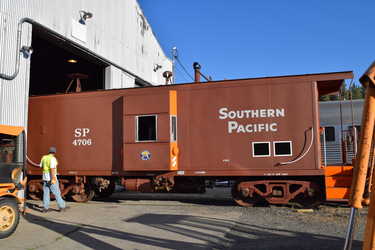 SP 4706 Coming out of shop under guidence of Steven Perry 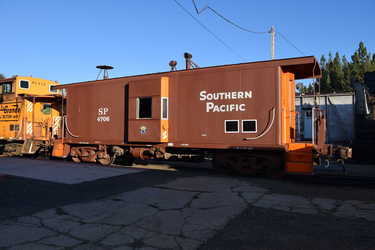 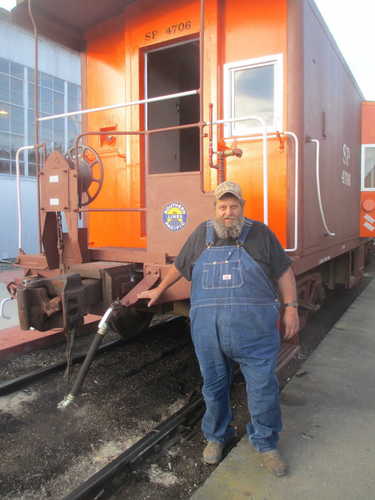 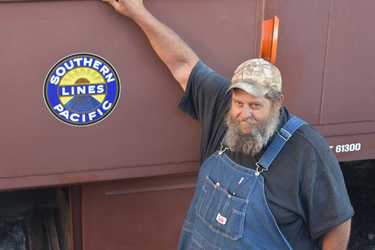 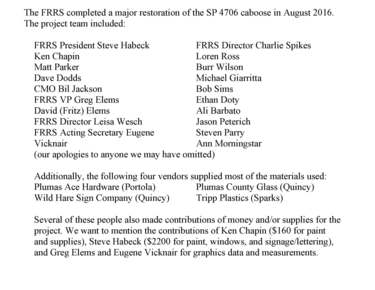 
The FRRS completed a major restoration of the SP 4706 caboose in August 2016.


Additionally, the following four vendors supplied most of the materials used:

Several of these people also made contributions of money and/or supplies for the project. We want to mention the contributions of Ken Chapin ($160 for paint and supplies), Steve Habeck ($2200 for paint, windows, and signage/lettering), and Greg Elems and Eugene Vicknair for graphics data and measurements.

Thank you to all who made this project possible and the hard work to complete it.